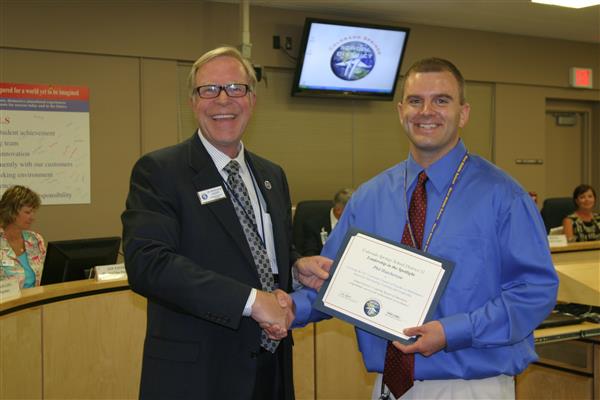 Welcome to another exciting year at WEST MIDDLE SCHOOL!

Did you know that Mr. H was recently named one of the top 25 most influential young people in CO, a finalist for the 2017 Colorado Springs Mayor's Award for innovation in education, obtained his National Board Certification in Mathematics in 2012, named one of the 2012 Best of the Springs Teachers, named the 2011 CCTM Outstanding Math Teacher, and awarded the 2010 Raytheon Math Hero Award?

He teaches 6th, 7th, and 8th gifted and talented math, and this is his 13th year at West. He has also taught elementary, high school, and is considered by many people to be a math and test prep guru.

West Middle School is definitely the place to be if you are looking for an environment where teachers genuinely care about about the success about the whole student. Mr. H runs a "hybrid" classroom of a flipped class and instruction in the classroom. Students are expected to keep a minimum pace, but they are allowed to move ahead in most cases.

**To maximize learning, students are often expected to make plans to retake tests until they reach 80% or higher.